The goal of this project was to create a 3D paper game inspired by an art movement that we were given randomly in class. A booklet was also included in this little package and had information on the movement: history, artists, influences and trends. 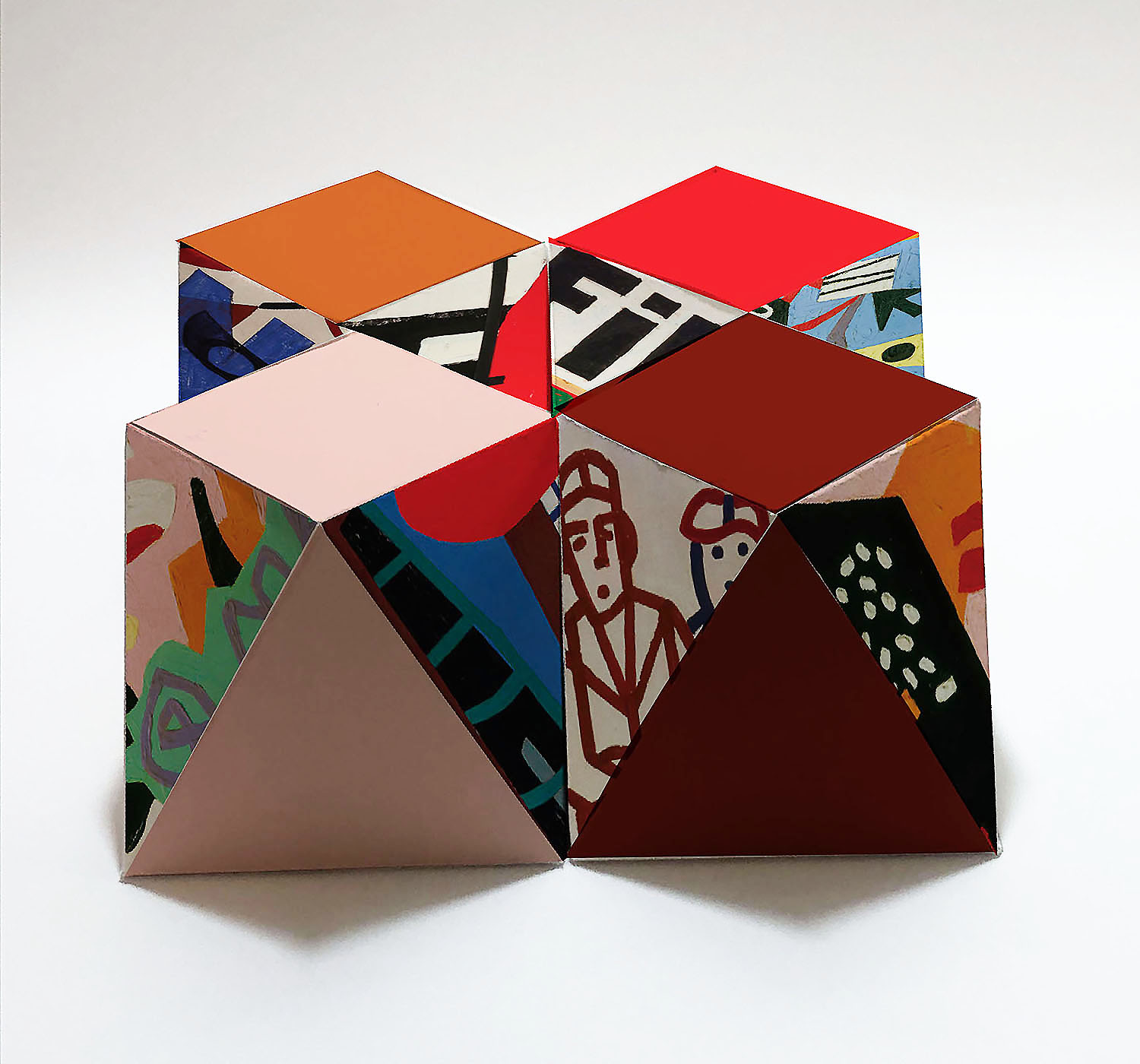 I received Modernism and chose to develop four twisted boxes with bright colored sides and parts of 4 paintings from the well known Stuart Davis. The goal of my game was to place the four blocks together in the correct order to create four different art pieces from the artist I chose to reveal the completed paintings. 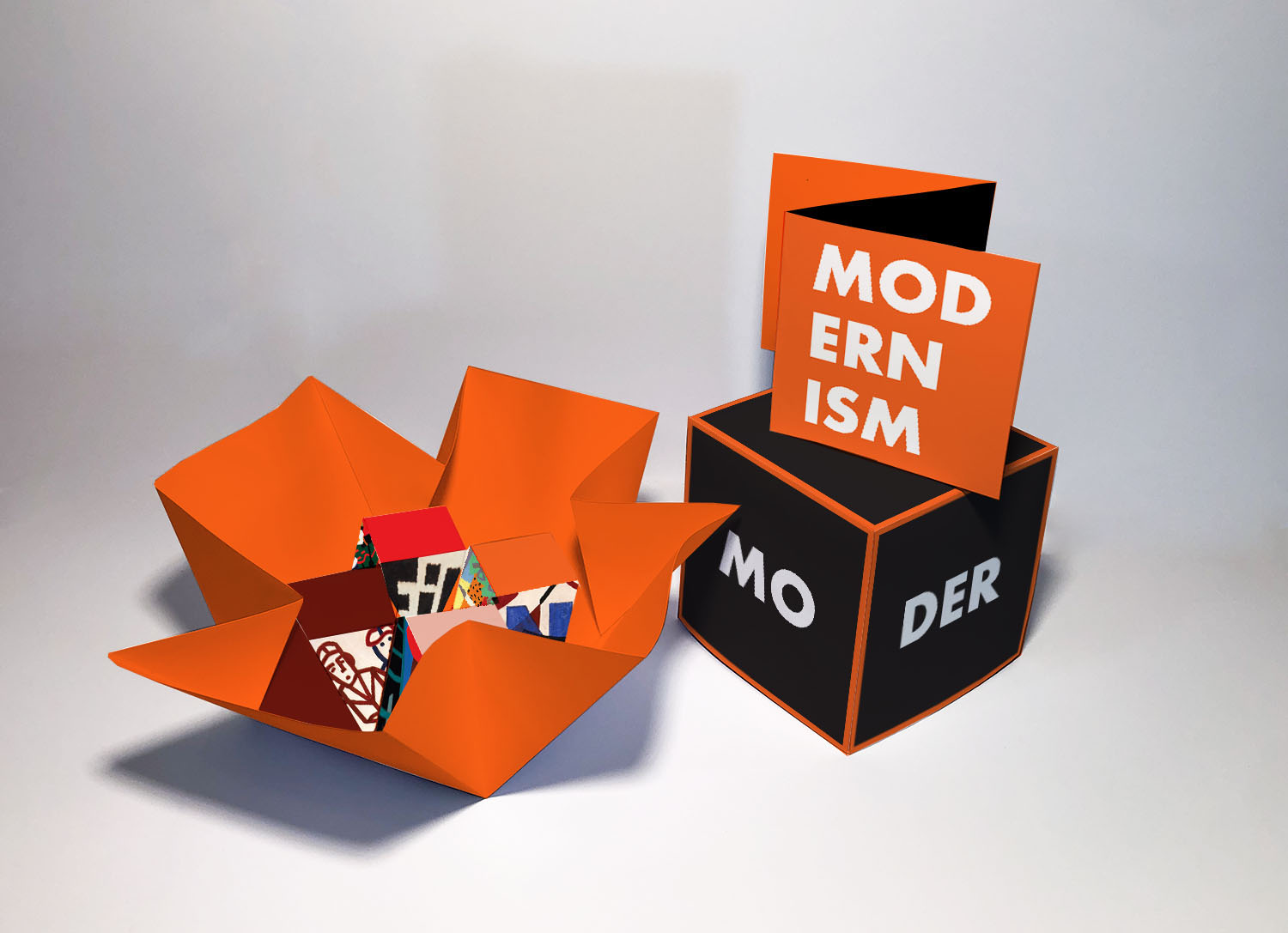 The colors chosen for the design of the game itself were inspired by the ones that were very popular during that period and immediately attracted the eyes of the game. The shape of the game Is close to regular cubes but they look like they have been twisted sideways and I thought it represented the movement well since modernism was a rejection of history and conservative values. 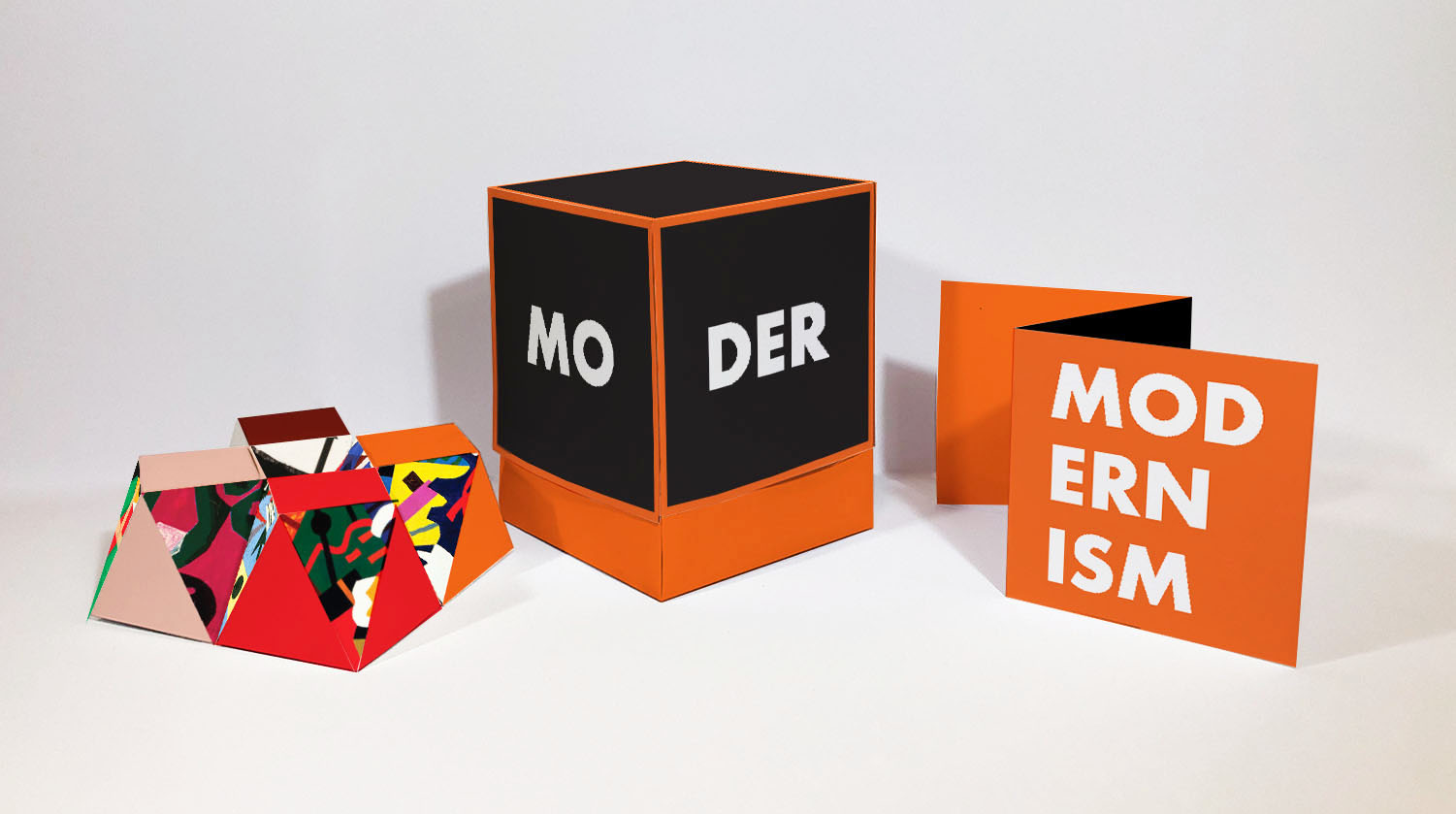